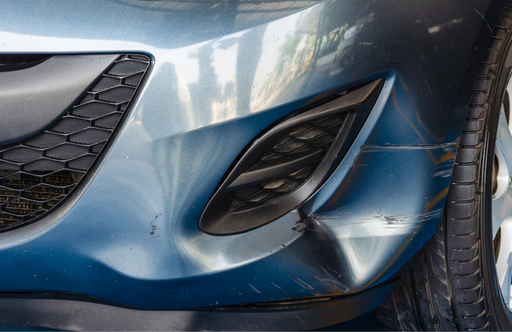 Paintless dent repair (PDR) is a technique for repairing dents. Dents can happen to your car in more ways than you would expect: parking lot damage, weathering, and even vehicle accidents. With PDR, you can repair the damage without having to paint the entire body of your car. This saves both time and money.

Round dents are a common type of dent, which makes them perfect for paintless dent repair. The common cause of damage is chips, heavy kicks, or collisions with other objects. Unlike many other types of damage, round dents rarely happen and rarely damage the paint.

Let’s face it: we all know the feeling. You pull into the parking lot, exit your car, and then you see a ding in your door caused by another vehicle’s door, a shopping cart, or something else. Luckily, PDR can fix minor damage quickly and easily.

Creased dents can be a pain due to their location and size. Their severity depends on how deep the crease is, but most of the time paintless dent repair works well so long as you catch it in time.

Creased dents can be a pain due to their location and size. Their severity depends on how deep the crease is, but most of the time paintless dent repair works well so long as you catch it in time.

Paintless Dent Removal is the best solution to do minor dent repair and paintless dent removal. If a customer needs to fix deep damage, but it’s not severe enough for PDR, they may be able to have their car repaired with new panels and paint. But if you have more severe damage like this, it may be best to get a quote on an estimate for body repair along with new panels and paint.

Corner Dents: Because corner dents are not as noticeable, they can be difficult to detect during walk-around inspections.  Because the technician can’t reach the back of the panel and feel the dent’s underside, these can be difficult to remove using PDR.

Sharp Dents: Damage to the body lines is often caused by a sharp dent on the vehicle’s body line. While paintless dent removal can get rid of these blemishes, it may not be able to restore the damaged body lines with one treatment.

Multi point dents:Paintless dents are damage caused by a vehicle accident. They can range from minor dents to major panel holes and broken glass, depending on the severity of the collision. To repair most paintless dents, we use our proprietary PDR process.

5 Reasons You Shouldn’t Wait To Repair That Car Dent